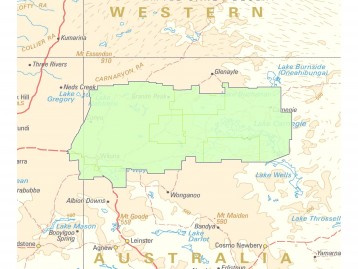 The Wiluna and Tarlpa native title claims were largely determined with the consent of the parties on 29 July 2013.  The Federal Court held a hearing at Puwanu rockhole, a location within the determination area where Justice McKerracher determined the exclusive and non-exclusive native title rights and interests of the Wiluna people over the respective Wiluna and Tarlpa claim areas.

An area omitted from the Wiluna and Tarlpa determinations was the area of the Wiluna #2 native title claim which consists of two parcels of unallocated Crown land and was filed by the Wiluna people to allow for any historical extinguishment of native title rights and interests to be disregarded. This area was omitted while a question of law relating to that area was decided.

Following a successful outcome on the question of law on 15 July 2013, the Wiluna #2 application was determined by the Federal Court on 3 September 2013 in Perth.

Central Desert does not service the Wiluna / Tarlpa determination area.

Please contact the Tarlka Matuwa Piarku (Aboriginal Corporation) , through the PBC Contact details listed above for any queries in relation to Land Access within the Wiluna/Tarlpa determination area.