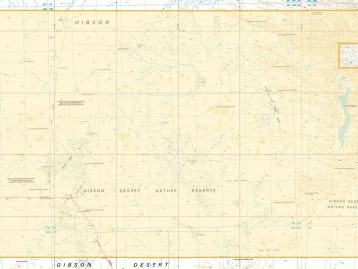 At a signing ceremony held on-country on 29 October 2020, the State of Western Australia and the Traditional Owners of the Pila Nature Reserve (formerly the Gibson Desert Nature Reserve) finalised and executed the Gibson Desert Nature Reserve Compensation and Lurrtjurrlulu Palakitjalu Settlement Agreement (CLPSA), which was directed towards settling the State’s compensation liability under the Native Title Act 1993 (Cth) (NTA) for the creation and vesting of the Reserve in 1977, and the resulting extinguishment of native title.

The CLPSA will run for a term of 10 years and provide a range of benefits for the Traditional Owners via Warnpurru (Aboriginal Corporation), with the focus being a commitment to the effective joint management of the Pila Nature Reserve. The CLPSA is available to view publicly at the link below.

One aspect of the settlement framework agreed to by the parties under the CLPSA, was a parallel Court process involving the Traditional Owners lodging a compensation application in the Federal Court, intended to be determined by consent of the parties. The claim was filed on 18 September 2020 (WAD 222/2020).

Another key aspect to the CLPSA is the State having agreed to the Traditional Owners filing a native title determination application over the Reserve on the basis of the new section 47C of the NTA as passed by Federal Parliament since the execution of the CLPSA, on 2 February 2021, in the Native Title Legislation Amendment Act 2021 (Cth). On 28 July 2021, the Traditional Owners filed the native title claim in the Federal Court (WAD 174/2021).

Both claims were determined concurrently on 15 June 2022.

Link to a copy of the Gibson Desert Nature Reserve Compensation and Lurrtjurrlulu Palakitjalu Settlement Agreement.