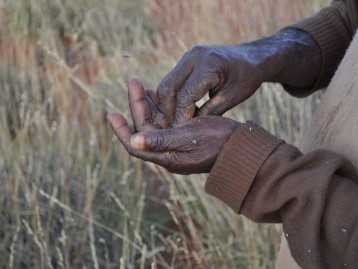 Central Desert Native Title Services Limited (Central Desert) was incorporated on 16 April 2007 and commenced operations on 1 July 2007. The Central Desert Board currently consists of five Directors. The Board’s role is to decide the strategic direction of Central Desert and to ensure that Central Desert acts in accordance with funding conditions. 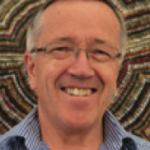 Terry Grose has a strong commercial background gained through his experience as a merchant banker, senior executive and business consultant in Australia and overseas.   He has gained extensive experience working with Aboriginal organisations over the past ten years. Terry joined the board of Central Desert Native Title Services in 2012 and was appointed Chair in 2013. He is also Chair of Desert Support Services and Native Title Services Goldfields.

Terry has been on the board of Yirra Yaakin Aboriginal Theatre Company for a decade. He is an Ambassador for Community First Development (formerly known as Indigenous Community Volunteers) and has carried out assignments for them in the Kimberley and Gascoyne regions and in Arnhem Land.

Earlier in his career Terry spent time as a merchant banker before joining Wesfarmers where he worked for a decade in a range of senior management positions, before moving to Hong Kong where he was CFO of an innovative computer software company for three years before establishing Grose International, a commercial and financial consultancy operating in Hong Kong and through Asia. 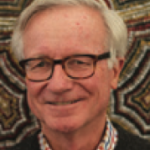 Fred Chaney has served as a member and Deputy President of the National Native Title Tribunal, Co-Chair and director on the board of Reconciliation Australia Limited, Chair of Desert Knowledge Australia and Chair of the Consultation Committee on a Human Rights Act for Western Australia. In 2008 he was awarded the Sir Ronald Wilson Leadership Award for “Exceptional leadership in the fields of social justice, human rights, equality and anti racism”. Fred continues to serve as a director of Reconciliation Australia Limited and is a co-founder and Deputy Chair of the Graham (Polly) Farmer Foundation.

In 2011 he was a member of the Expert Panel on the Constitutional Recognition of Indigenous Australians. Most recently, Fred was the worthy recipient of the Senior Australian of the Year for 2014.

Carolyn Tan has been an In-house Legal Counsel at Yamatji Marlpa Aboriginal Corporation since 2003 where she has provided native title advice and appeared in the Federal Court, High Court and before the National Native Title Tribunal and the Mining Warden. Prior to that she was a litigation partner at Dwyer Durack for 15 years and headed up their Native Title Department as well as being engaged in a range of commercial, administrative and other civil and industrial litigation. Carolyn has been a Deputy President of the WA Equal Opportunity Tribunal and has served on numerous legal and social justice committees. She holds a PhD for her research on a topic related to Indigenous heritage and religious freedom laws in Australia, New Zealand, USA and Canada. 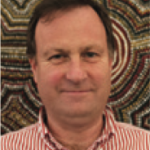 Andy Gilmour is a director of national chartered accounting firm RSM Australia practising in the Corporate Finance Division. He has over 30 years experience as a chartered accountant and business adviser initially in the area of audit and subsequently in corporate finance and transaction support. He has had a wide breadth of experience with exposure to businesses in diverse industries from financial services to mining, and of varying size, from small to medium sized family concerns to large multinational corporations. Andy holds a Bachelor of Arts (Honours) from the University College of Wales, Aberystwyth and recently stepped down as the West Australian representative of the Business Valuation Special Interest Group of the Institute of Chartered Accountants. Andy was admitted as a partner of RSM Australia Partners in 1994. 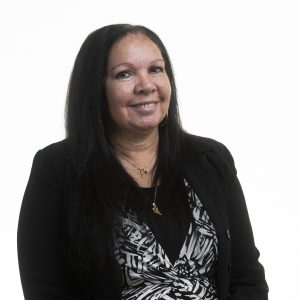 Shaneane Weldon is a Wangkatja woman raised in the North Eastern Goldfields home/country of her mother and grandparents. Shaneane has a degree in Community Management and Development, as well as a Bachelor of Education.  She has over 25 years experience in dealing with Aboriginal politics and has held leadership positions in various Aboriginal Corporations. At present Shaneane is the Deputy President of the Shire of Laverton where she has been a Shire Councillor for the past 16 years.  Included in her various Community commitments, Shaneane is also a Justice of Peace a role she has held for the past 24 years.

She is also an active board member of several not-for-profit organisations and Native Title bodies, including more recently the Yilka Talitji Aboriginal Prescribed Body Corporate where she is a Traditional Owner under her father’s side of the family.

Shaneane is passionate about Aboriginal languages and the preservation of it.  She believes that education is the key to success, and was one of the reasons she became a Teacher so that she can influence and be a role model to her Aboriginal  students.

Central Desert has more than 25 experienced and dedicated team members who have a vast knowledge and commitment to the provision of native title services.

Officers for the organisation include:

The Chief Executive Officer is supported by a management team:

Return to about us